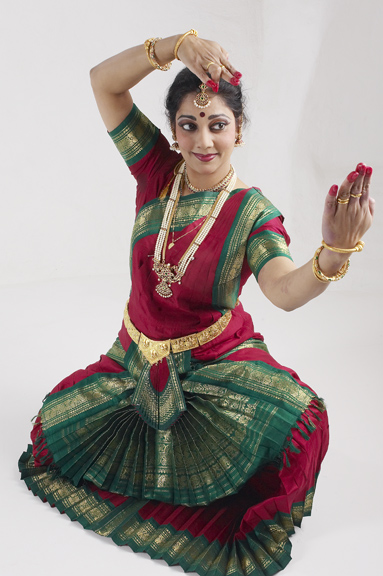 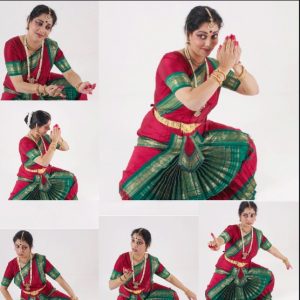 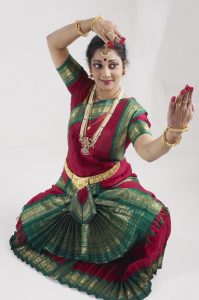 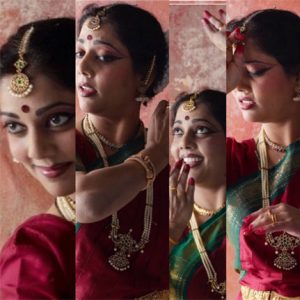 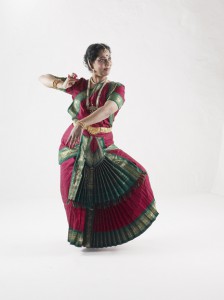 In India dance is an inseparable component of the cultural fabric of society. Dance is an expression of celebration and joy and is performed on all auspicious occasions. The general festive ethos of different communities and regions in India change with different occasions like the harvest of crops, weddings and various festivals. Tracing through the centuries of the rich heritage of India’s art, one goes back into a world where reality and mythology are impossible to separate.

Bharatanatyam which is an acronym composed of the first letters of bhava meaning expression, raga meaning melody, tala meaning rhythm and natyam meaning dance is an ancient and traditional classical dance form which originated more than 3000 years ago in the temples of southern India. The essence of these dances lies within traditions and mythology where stories of Indian Gods and Goddesses are brought to life through the narrative element of storytelling using beautiful hand gestures and facial expressions. The highly sophisticated art of Bharatanatyam has been handed down through the centuries by dancers in the sacred environment of the temples where dancers developed and propagated their traditional inheritance. Bharatanatyam training takes seven to eight years under the guidance and tutelage of the teachers. Although rendered essentially as a solo dance, there is a trend these days to present Bharatanatyam in group formation. Traditionally Bharatanatyam was used to depict stories about Indian Gods and Goddesses but today it is used to narrate stories from around the world and this has popularised this art form and developed audiences everywhere.

This dance form is accompanied by south Indian music known as Carnatic music. The instruments used are the drum, violin, flute, cymbals and a string instrument known as the Veena.

The costume is made up of silk in vibrant colours with contrasting and golden borders. The costumes are made up of a number of tailored pieces to help the dancer carry out complex movements with ease. It is stitched by specialist tailors which is a skill usually passed on from one generation to another. The dancer also wears anklets, usually consisting of thirty to forty bells on each ankle which makes the rhythmic footwork audible. Jewellery is an essential part of the costume where the dancer wears many pieces of jewellery including necklaces, bangles, rings, nose rings and special ornaments for the head and arms.